She of Strangeness by J. Sheldon Jones 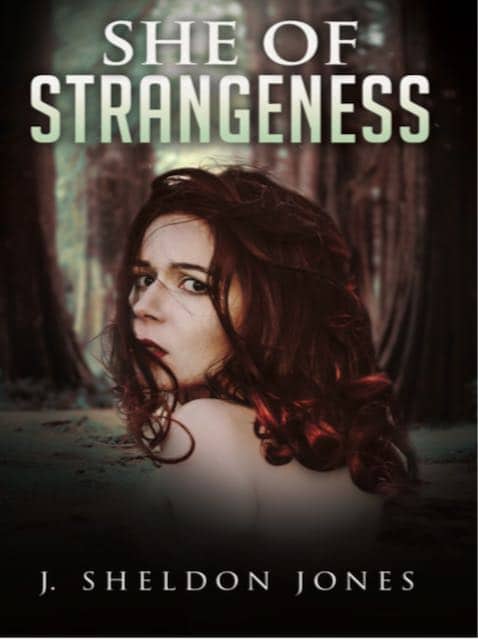 My original intention was to examine possible cultural changes that might take place in an isolated community where men outnumbered women by more than two-to-one. For the imbalance to trigger cultural changes it needed to be ongoing. I had to create the gender imbalance and maintain it for multiple generations. Cultural adaptations, I thought, were unlikely to be lasting if they occurred suddenly, possibly in response to an emergency. Once the emergency passed, people would tend to revert to their original set of norms. Creating the initial emergency was easy. I put a few thousand people in a spaceship and sent them far, far away, then, just before they discovered a habitable planet, I triggered a hull breach in the single women’s birthing spaces. Now the only unmarried women on that ship were the ones who were on duty when the tragedy occurred. I had my imbalance, now to maintain it.

The first hurdle was the birth rate. In the overall population, about 106 boys are born for every 100 girls, which meant things would even back out in one or two generations. I had to find a way to get rid of half the girls every time there was a new batch. I could have done it with a disease, but I chose a different approach—bad guys. Rather than compete for a mate against so many others, a small group decided to kidnap the ones they liked and take off for parts unknown. These men had sons who grew up with the understanding that the way to acquire a wife was to go back and steal one from another tribe. The gender ratio among those who endured these raids would continue to be unbalanced, which is what I wanted. All of that is back story, and this is the only time I intend to write about it.

Next, I introduced a stranger, an Interstellar Scout whose mission was to travel from one star system to the next hoping to find intelligent life and establish a friendly first contact. She had no idea what the People she found might look like, but she was trained to avoid either revulsion or fear. They could be slimy, they could seem capable of inflicting serious damage, if they exhibited signs of intelligence, they were People. Her job was to remain objective, learn as much as possible, conform to local customs, and never, ever show any hint of disapproval. She and her partner would be badly outnumbered, and the worst thing they could do would be to antagonize the People they encountered.

The People she did find were as human as she was, and this brings me to the second hurdle. I did not believe that two groups that have been isolated from each other for centuries would still speak the same language. Language evolves. Written language may evolve more slowly, but changes occur over time, and these two languages should have drifted so far apart as to be mutually unintelligible. I did not want her to have to spend time learning their language before she could understand what was going on. The first person she encountered was a man from the tribe that acquired their brides by kidnapping them, and that was going to happen to Karel. Without language, she’d be able to understand what he was doing, but not his reason for doing it.  So, I cheated.

I gave the people of this planet a speech pattern that consisted of words the reader would recognize arranged in an unusual order. “Yours is womanhood,” was the first thing he said. She had to think about it, and came to the conclusion that he was asking if she was a woman. “For truth,” he demanded when she confirmed her gender, “you are a she, of no difference to any other.” Thus, She of Strangeness translates as Woman of Strangeness. The odd speech pattern was intended to be a constant reminder that these people were different, and having Karel use standard grammar emphasized her differentness as well. It may have been a mistake, however, since seven out of eight reviews said it made the novel difficult to read. The eighth reviewer liked it.

Karel believes it is her duty to remain objective no matter what. Being kidnapped into an unwanted marriage puts s strain on her ability to live up to that belief. She is thrilled to discover that some of the captive women try to escape, since that makes it a local custom she’s entitled to follow. Trust me, she does not fall in love with her captor and live happily ever after, she’s got other cultures to learn about.

I have decided to categorize She of Strangeness as a dystopian novel with a slight Science Fiction twist. I created three tribes—two with a shortage of women—and described a couple adaptations that might occur if the men outnumbered women. I hope those adaptations will strike the reader as plausible.

I appreciate Author’s Lounge for giving me the opportunity to publish this description of my novel.