Family Recipes and the Modern Appetite 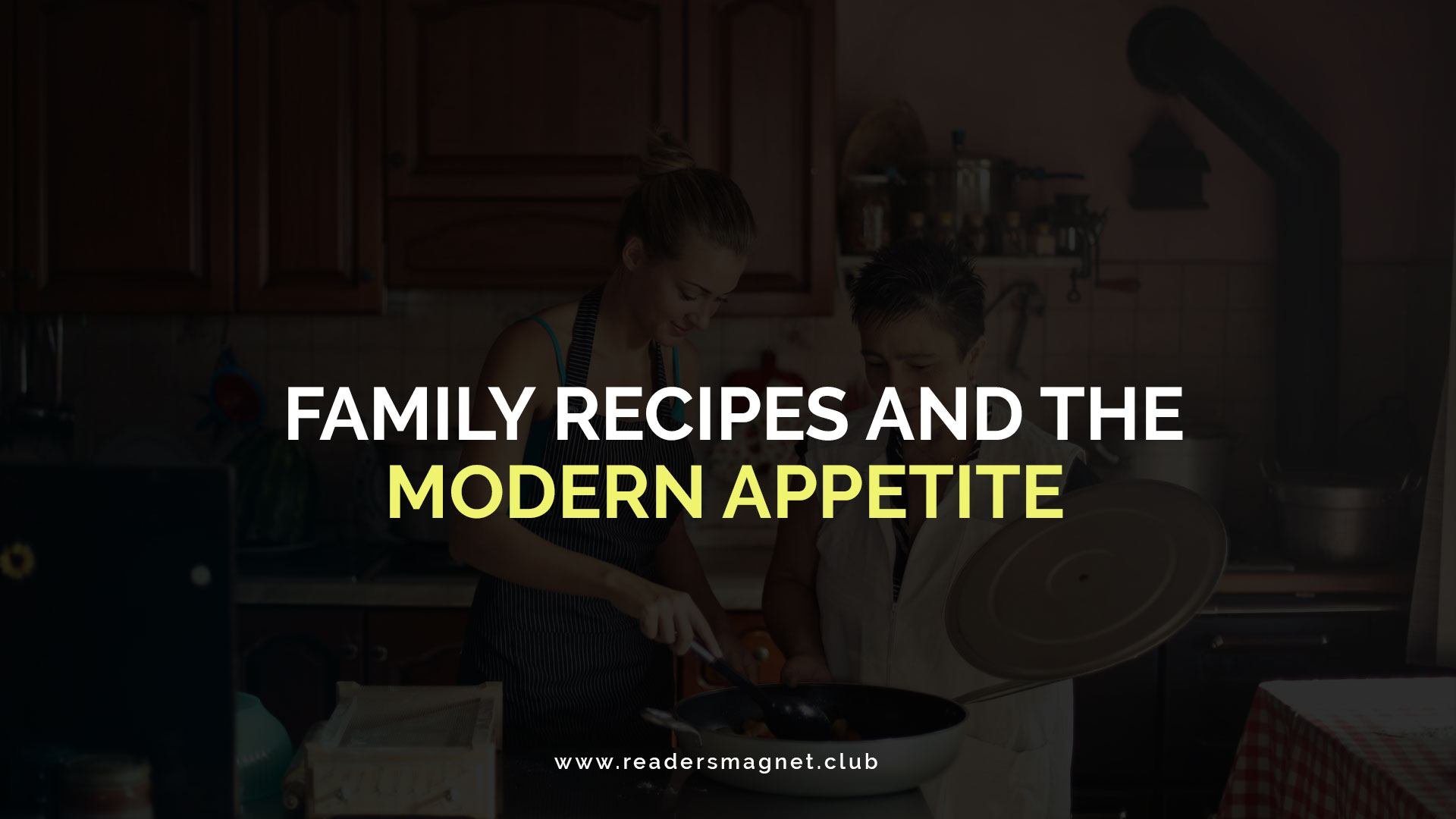 The times are changing fast, and even traditional recipes must be adapted to the demands of modern eaters.

Before the industrial revolution, people prepared and ate their meals at home. Although there were food vendors even during Roman antiquity, it was family recipes and traditional food that were eaten by people. There were no fast foods, drive-ins, restaurants, or modern food shops such as today. Back then, meals bring families together around the table. People back then observed standard meal time and often ate their meals at home with their loved ones. All around the world, this was the tradition and, along with it, the preservation of family recipes and traditional cuisine. Drive-ins and their variety of food-on-the-go businesses weren’t popular until the invention of automobiles and during Worl War I. Today, there are more fast food entities than family restaurants. Family recipes are reserved only for special occasions, and the appetite of modern people is changing as well.

The Demands of the Modern Eater

Our daily activities and society largely influence our eating habits and food intake. Before the industrial revolution and the urbanization of most cities, slow food and traditional cuisines feed the farmworkers, merchants, soldiers, and families daily. The industrial revolution changed all that. People began working at factories far from home. They had to pack lunch, foods that could be eaten quickly during their scheduled lunch breaks. As time passed by, the idea of selling fast food or pre-cooked meals flourished, paving the way for hot pies, pre-packaged sandwiches and doughnuts, and other ready-to-eat meals. Family recipes and traditional foods mainly involve complex processes and require time to prepare. The subsequent modernization periods created new types of workers whose work schedules are hectic, and thus the modern eater. Modern people are constantly in a hurry, working 5 to 6 days a week, 8 hours a day. This routine produced a new appetite, where consumption is more important than preparation and nourishment. Hence, family recipes and meals were slowly relegated to weekends and special holidays where the gathering is possible. Modern eaters demand quick to prepare, easy to carry, and comfortable to be eaten foods anywhere, anytime. Since traditional family recipes cannot compete with fast foods, there is a growing concern that family recipes and traditional foods might become just a footnote in the history of human food consumption.

While fast food and other pre-packaged meals are here to stay, there’s been a resurgence in the interest in traditional cuisine and family recipes in many urban cities worldwide. There are many factors why many workers are now changing their diets and seeking home-cooked recipes. One reason is that many are learning more about how fast food operates and prepare their food (remember the expose video about chickens in fast foods?). Nobody wants to devour unhealthy meals constantly. Another reason is the longing for family and home, and sometimes traditional foods and family recipes are the ultimate reminders of good times. Many workers are choosing to cook their meals home, taking their time preparing them. It is also interesting to note that many restaurants now are shifting to family recipes and traditional menus, which is a breath of fresh air from all the burgers, fried chickens, French fries, doughnuts, and sandwiches scattered around the city.

Today, traditional food and beverages are finding their way into homes and restaurants again. And although the times are marching towards even hectic and more urbanized societies, it is comforting to know that people will always find a way to come back home and savoring traditional foods and family recipes. As long as there is family and home, good old traditional food will feed and satisfy even modern appetites.