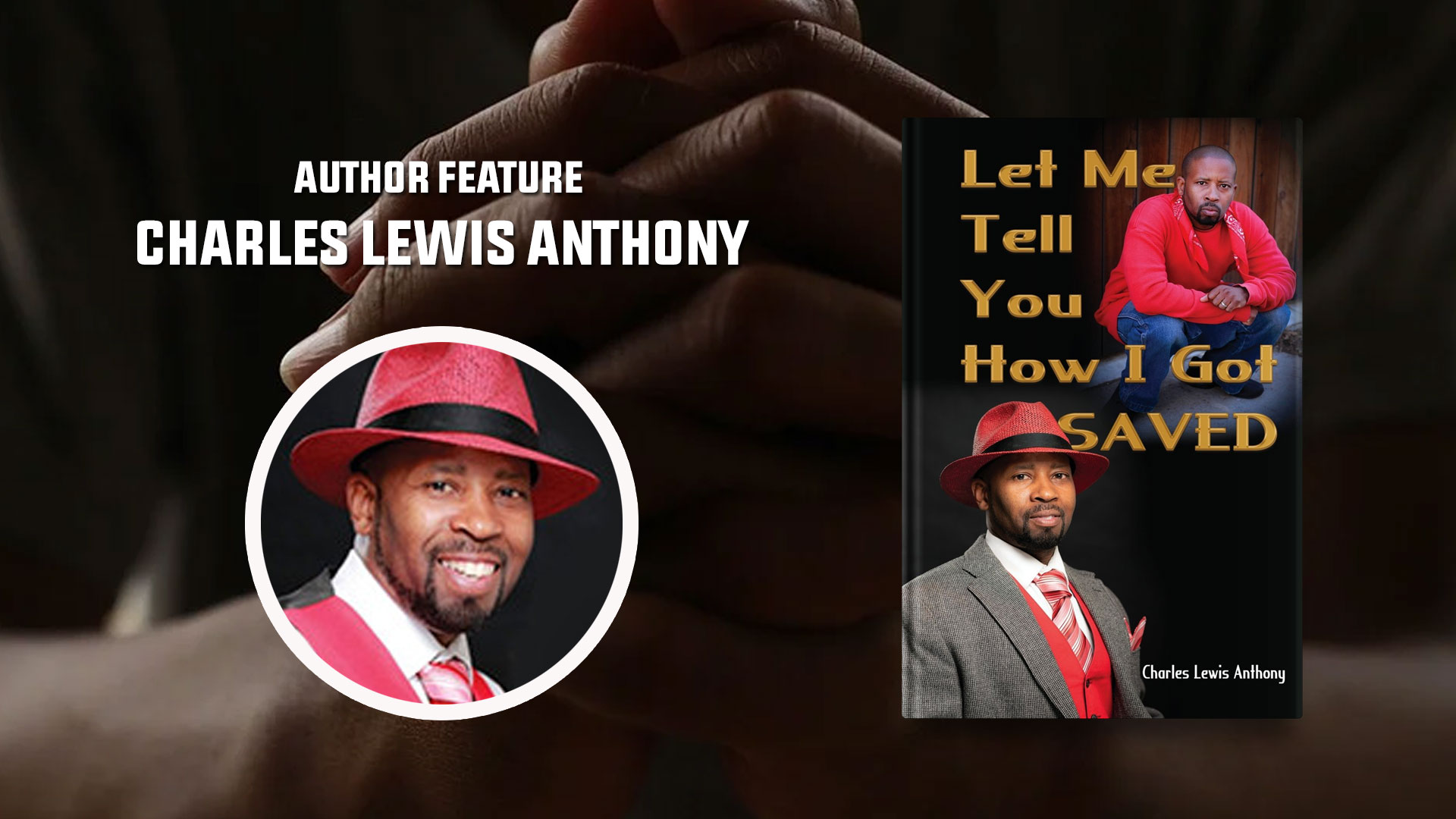 Charles Lewis Anthony is a former gang member and author of the inspirational memoir Let Me Tell You How I Got Saved.

The inspirational book Let Me Tell You How I Got Saved is more than just a memoir. It is a journey of street life survival and that one man’s redemption. The author is a former gang member named Charles Lewis Anthony, also known as Ray Watkins. Today, ReadersMagnet will get to know more about the man behind the book and how God and faith changed his life for the better.

Charles Lewis Anthony, a.k.a. Ray Watkins, was born in the 1980s. He grew up in the gang-populated area of Los Angeles, California. During his early years and even well into his adult years, Los Angeles has always been home to some four hundred street gangs. Most of these gangs are established crime groups involved in drugs, robberies, and other crimes. The backgrounds of these groups depend on race, ethnicity, and territories.

“We continued smashing down Catalina as the chopper circled around us. As we got to 36th Street, we hit the corner and jumped off the scooters using the trees and an apartment building as cover.”

Like many kids during his time, Ray was exposed to the harsh realities of his Los Angeles neighborhoods. Along the way, Ray had to make decisions, and some of them brought him to dark alleys and with the wrong crowd. Eventually, he became part of a street gang. What started as minor gang activities soon escalated into gang-related crimes, and Ray found himself evading cops and authorities.

As Ray’s involvement in the gang deepened, he alienated himself from friends and families. He committed himself to the streets and his fellow gang members. Aside from petty gang crimes, Ray embraced the use of illegal drugs. But the reality will always come back and haunt us, and our choices will always have consequences. For Ray, it was realizing that he is in survival mode and if he doesn’t change his ways, either he ends up dead or behind bars. His encounter with the Heavenly Father was inevitable, and the choice for Charles Lewis Anthony, a.k.a. Ray Watkins was simple- surrender to God.

Eventually, Charles Lewis Anthony found the grace and courage to abandon his old ways and seek God’s salvation. He decided to ‘shift 180 degrees to give that same energy to Christ.’ Now, Charles Lewis Anthony has dedicated himself to living a Christian life. He has reaped the benefits of remaining faithful. Now, he shares his story with others and continues to be a living witness of how God has reversed his life.

In 2018, Charles Lewis Anthony published his memoir Let Me Tell You How I Got Saved. The 286-page masterpiece details Ray Watkin’s former life was growing up in Los Angeles and his life as a former gang member. More importantly, in this book, the author shares how he encountered the Heavenly Father and turned away from his old life to a life of being faithful to God.

To know more about Charles Lewis Anthony and his inspiring life journey of finding peace and redemption, get a copy of his book, Let Me Tell You How I Got Saved. You can also visit his official author’s website for more stories.