Tips in Creating Myths Within A Fantasy Novel 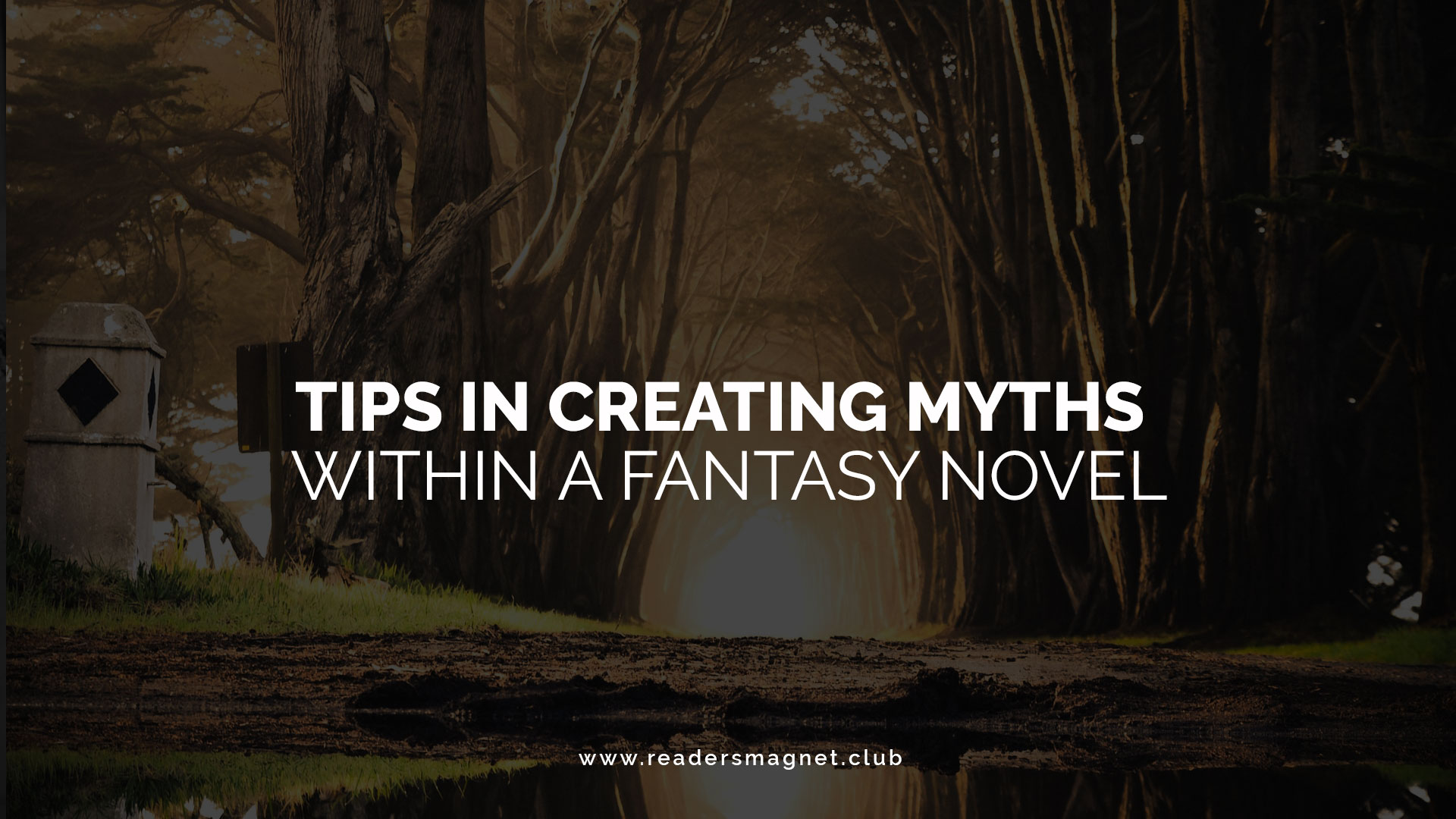 Incorporating myths and lore in modern fantasy novels can be tricky but effective in attracting more readers.

From Neil Gaiman’s American Gods to Rick Riordan’s best-selling fantasy series, Percy Jackson, myths, lore, and legends have effectively set up a backdrop for modern fiction narratives. Ancient stories provide familiar characters and storylines. The results are often genius if a writer can add a few more twists and turns to an already established plot to his creativity. But incorporating myths within a fantasy novel can be a bit challenging. Here are five points we think you should consider.

If you are writing a fantasy novel, it makes sense to incorporate myths and lore that feature magic and other unworldly powers. Divine characters such as gods, goddesses, and other creatures certainly add a great flavor to your book. In Jackson Fink’s action-packed fantasy fiction novel, Daughters of Twilight, she successfully incorporates ancient angel-like creatures into her storyline about a mysterious archaeological structure that pushed up into a little town in Iowa after a strange earthquake. These mythical creatures carry with them an ancient story that is central to Collette Jackson-Fink’s narrative. In the sequel, Sons of Twilight, the myth and the origin of these divine creatures are further explained, providing an even more fantastic backdrop.

A catastrophe or a tragedy is very useful in writing a myth within a fantasy fiction novel. Throughout history, some of the greatest classical narratives are based on tragedies- Icarus’ fall to death, King Midas’s golden touch, and the sack of Troy. Even Biblical stories are rich in tragedies and stories of banishment and grief. Catastrophes provide drama and can also be a source of continuation for your narrative. In the last twenty years, we have seen this where old characters and tragedies provide the conflict for a modern fantasy novel. They’re also those who chose to revive ancient heroes and villains and transport them into the present times, creating a whole new narrative arc.

Fantasy novels, both ancient and modern, share the element of grand adventure. There’s always a quest involved in their storyline. Whether it’s slaying a monster, finding a treasure, or rescuing a princess, myths and lore are based on lofty quests and noble adventures. Because they are so, they provide outstanding elements to modern fantasy fiction. Many modern books mirror their narrative arcs in classical fiction stories and mythologies. Main characters, settings, timelines, and few minor details vary, of course. It’s a story within a story, an adventure within an adventure, and a quest within a quest. The trick is to make the experience unique and new.

This has something to do with blending modern elements and those that classical myths and lore already possess. If you want to write a fantasy novel that will come out with your brand of storytelling, you must be able to blend your plot to that of the myth you want to incorporate. This is perhaps the most challenging part. However, one must only remember that the myths and other established stories you want to incorporate only act as supplementary or as a colorful backdrop to the story you want to build. In the end, it is your narrative that must dominate the novel. And there are several ways to do it.

Whatever you do with the myth and its respective elements, characters, etc., it is essential that, in the end, you will be able to provide your readers with something fresh and uniquely your own. We mentioned providing a few twists and turns. Then there’s the element of timeline or period setting. You can also blend an old hero from the myth with your won modern protagonist. Jackson-Fink did this in her book when she made her protagonist Dane Cole, a soldier, fall in love with Asia, the leader of the mythical angel-like creatures. Again, when you incorporate myths and lore into your own fantasy, the possibilities are endless.