The Author behind ‘2.37: Terror in Resonance’ 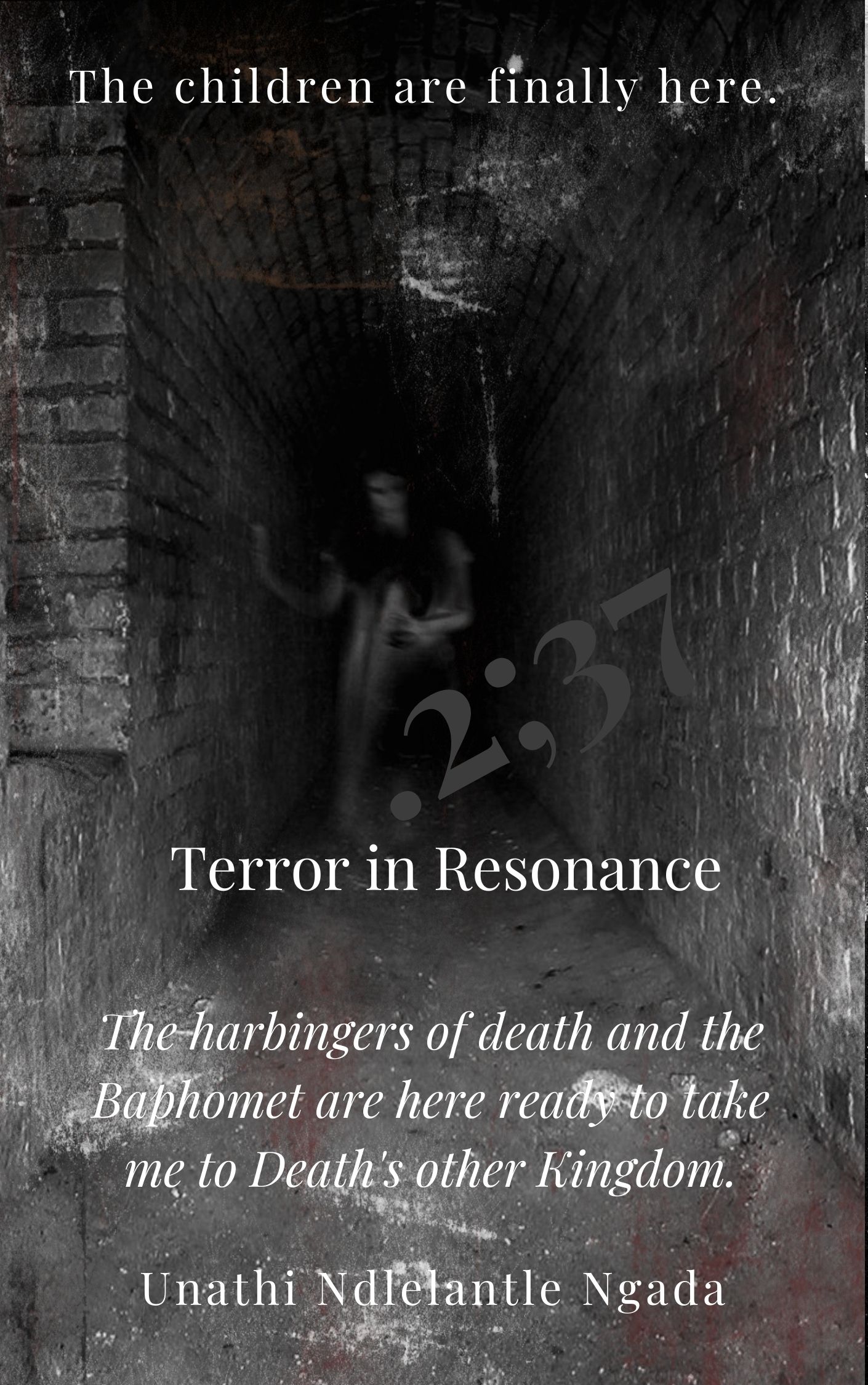 2.37: Terror in Resonance is a Magical realist and a blend of experimental book authored by South African Author Unathi Ndlelantle Ngada who delves into the dark side on the creation of a ‘New World Order’ mandated through the use of humans who have had their names stripped away from them since child birth and locked away in an undisclosed laboratory where experiments are performed on these beings known as ‘subjects’. The main cause? To find a cure and a vaccine for what is considered as a deadly mental illness and a looming pandemic as warned by epidemiologists.

Let’s get into a little introduction of this 27 year old author: she graduated her Masters in Creative Writing from Rhodes University and is currently completing her PhD in English Literature in the University of South Africa. To this day she has written 10 books including A South Afri(K)an Psycho, Skin: Anima Vestra and Utopia.

Doctor Mikhail Preobrazensky, the Primary doctor at the undisclosed laboratory performs the most brutal experiments on his subjects ranging from listening to the voluptuous screams of his subjects, the landscapes of torture and the brutality of sodomy. As many subjects fail, many secrets are uncovered. A paradigm shift occurs and battle lines are drawn between the mad and the sane.

“Audiences will delve into the minds of what occurs when an unexpected paradigm shift takes place. I want people to understand that when the world shifts towards a new heterotopia, our thought processes and the way we construct our thoughts are no longer the same because of the biological warfare that is currently going on. Bioterrorism has failed so we’re in the eclipse of a biological warfare where even our minds will slowly transition to the post-apocalyptic. In other words, to grant ourselves immunity from the biological warfare that is going on, we need to partake in the current mass studies and ‘experiments’ that will soon become the New World Order.  My hopes are for this book is to create a stage adaptation or even put it on television because a story needs to be told because I want audience members to penetrate into the minds of each and every character – including the most sadistic ones. I want people to get a better understanding of our world because I think right now everything feels it does not make sense.”

The book is available for purchase on Amazon https://www.amazon.com/gp/product/B08ZL668Z7/