Ghostlife: The Underworld by Marie Barros 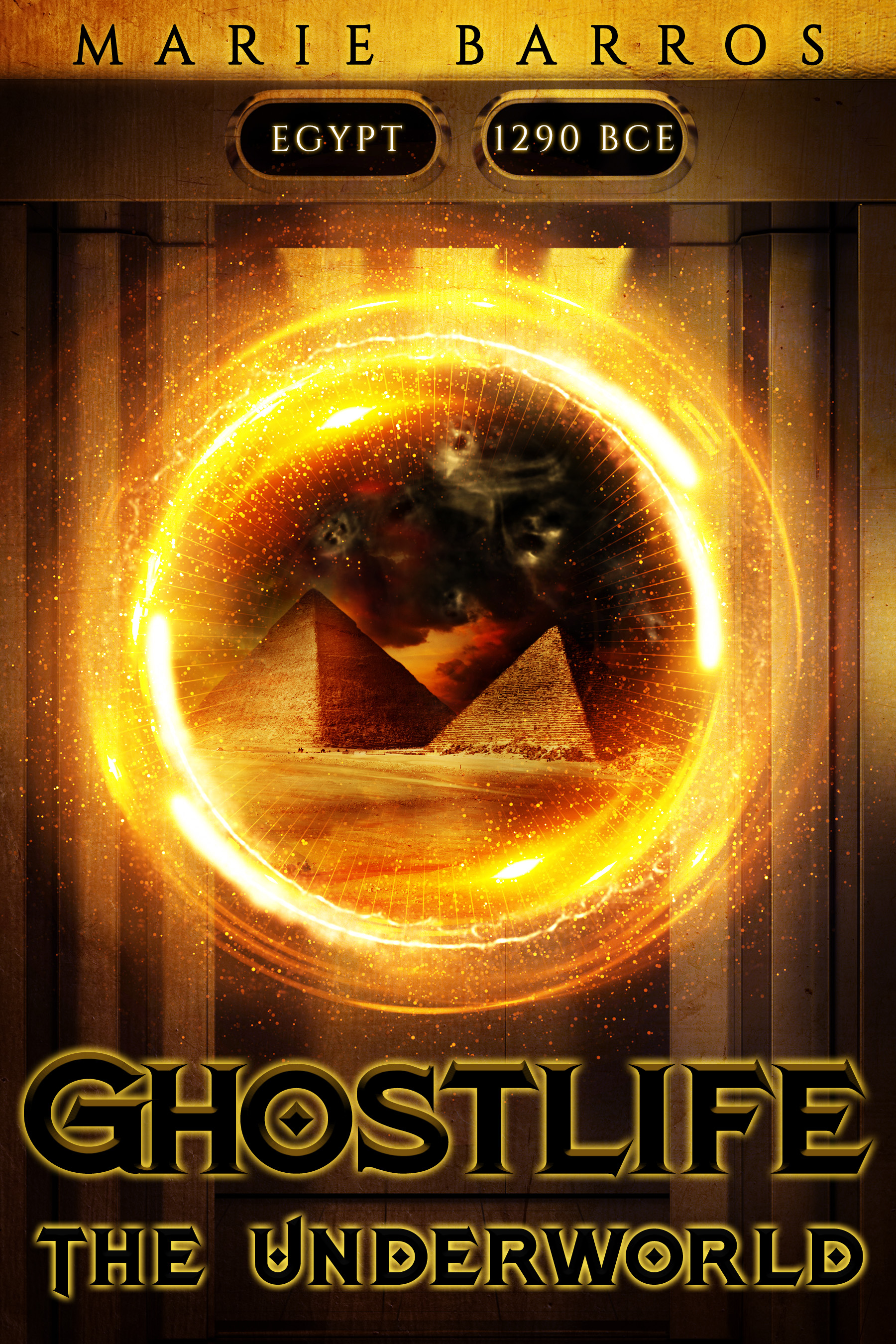 Ghostlife: The Underworld is the first novel in the new fantasy series Ghostlife.

On one fateful night, Vera Turner’s life changes with the death of her stepfamily and her best friend. Now nine years later, when her uncle implores her to stop blaming herself and start living a life, she applies to Black Rose Academy. Unknown to her, it is a school for those who can see ghosts.

As Vera starts to learn the skills and history of this world, mysterious letters arrive written in strange markings she cannot decipher. What starts as a search into what the letters could mean turns into a full investigation as other skeletons begin to pour out of the closet: two terrible wars between the living and the dead, her own family’s hidden secrets and a time machine built inside an elevator.

The journey to let go of her past clashes with the new life she seeks to build, and as the pieces fall into place, Vera discovers the questions she’s asking are part of a greater plan that could effect both history and the future.

I first came up with the idea before I turned 16. I expressed to my sister that I wanted to be an actress. She was very supportive but warned me that, as an Indian girl, there weren’t many roles out there for someone like me. She suggested I write a role for myself and so I decided I wanted to write a fantasy book series that could be turned into a film series one day. At the time there weren’t any fantasy series about ghosts that were extremely well-known so I decided I wanted to venture into that genre. However, I wanted something else that set mine apart. Then one day I was in my World History class and started learning about Ancient Egypt. I was so intrigued I decided to make my characters travel there in the first book. The following books have the characters travel to other ancient civilizations I learned about in the class.

This is a book that will appeal to readers who love fantasy but also those who enjoy ghost stories and time travel adventures. It will also appeal to readers who want to see more BIPOC characters in the spotlight. I hope readers grow attached to the characters and the world I’ve created and want to see more. I’ve always enjoyed being a part of fandoms and would love to have created one.

I grew up in Canada and graduated from Brock University with a Bachelor of Arts in Dramatic Arts and a minor in English Literature. I’m working on the second novel in the Ghostlife Series right now as well as some stand-alone novels (also in the fantasy genre). In my spare time I make fun fandom montages and tributes on my YouTube channel Barros Productions (https://www.youtube.com/channel/UCNSBXZx3qpqmfopXNPocqrA).

Right now, my book is self-published on Amazon but I would love for it to gain enough traction to be picked up by a major publishing company. And, of course, the ultimate goal is to fulfill my dream to portray the role I’ve written.

Link to Ghostlife: The Underworld on Amazon