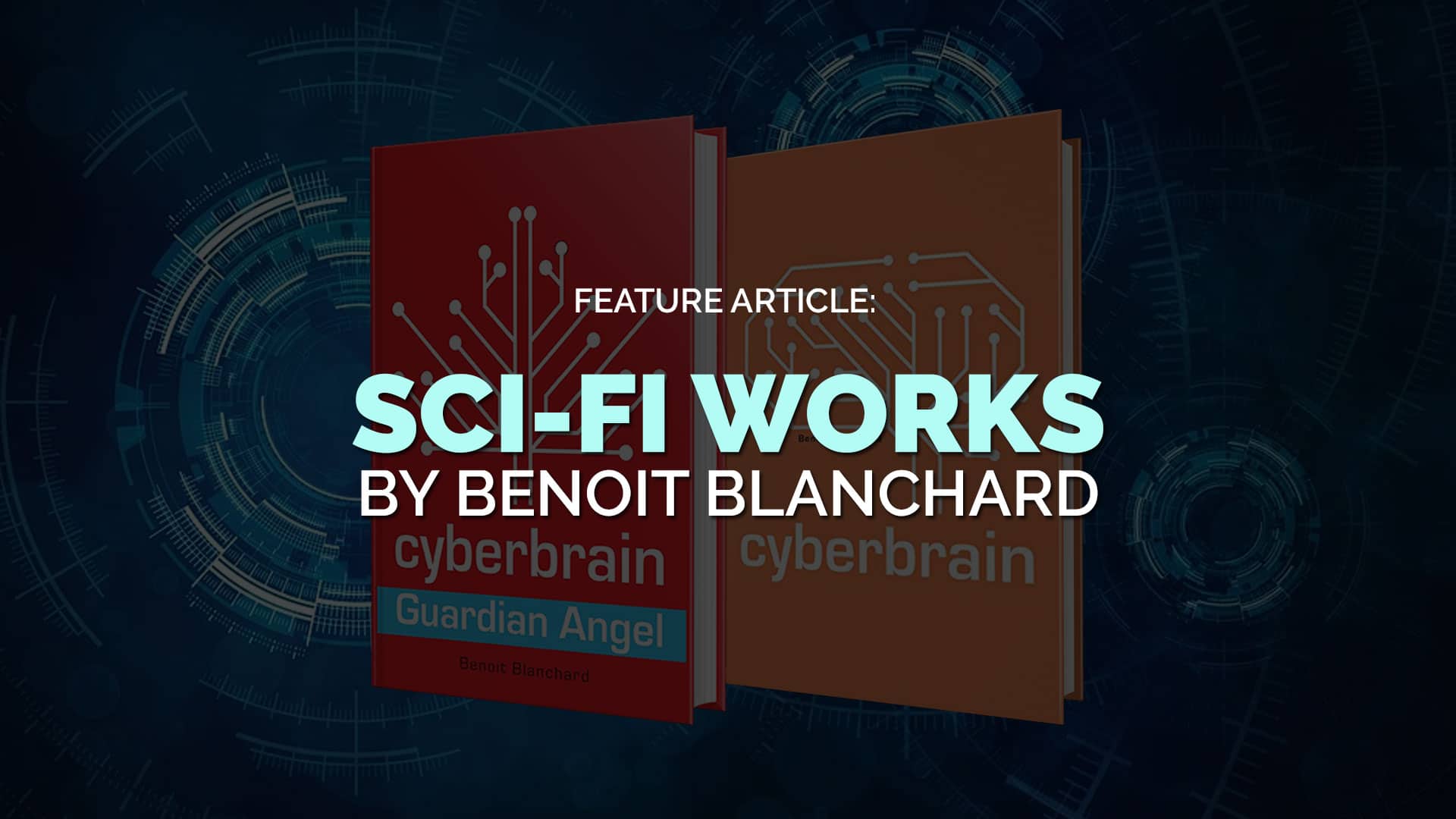 Benoit Blanchard is known for his two thrilling sci-fi novels, which center on corporate cybernetics.

Benoit Blanchard’s sci-fi novels are a breath of fresh air in today’s sci-fi genre. Many of today’s sci-fi thrillers are mostly space operas and alternate space universes. The Cyber series is reminiscent of past dystopian novels like Philip K. Dick’s We Can Remember It for You Wholesale, later adapted into a movie entitled Total Recall. Like the late master storyteller Philip K. Dick, Benoit Blanchard takes us to a not impossible future and may change our lives forever. Both books by Blanchard are set in the mid-21st century, which is only a few decades from now. Today, ReadersMagnet features the two sci-fi thrillers by Benoit Blanchard, Cyberbrain and its sequel, Cyberbrain: Guardian Angel. Enjoy!

In 2014, Benoit Blanchard released Cyberbrain, a thriller about a corporation planning to stop crime through brain implants.

The story is set in the mid 21st century with the United States government planning to reduce or eradicate crime significantly. Behind this brilliant idea, however, is a sinister plot to expand mind control throughout North America. To execute the plan to eradicate crime, the government will have to enlist the help and resources of a billionaire doctor named Patrick Kobayashi. Kobayashi has invented an electronic device that has successfully slashed crime rates by changing people’s thought patterns called Cyber. But crime prevention is just one aspect of Cyber. It can also be used to enslaved humanity by controlling their thought patterns. Against this plan is an ethical neurosurgeon who promised to dedicate his life to prevent Cyber from expanding outside the United States. Max Wilson is caught in all this web of conspiracy and dark motives, a medical school student from Buffalo. Max is looking forward to starting a profession that would enable him to save lives despite pressures from his peers to work for Cyber Corporation instead. The company has put forward a lucrative offer for the young Max- to train as a government-sponsored doctor inserting neural implants, or “cybers,” in the brains of newborns.

The sinister Cyber Corporation is now controlling the new generation of American citizens. Newborns in the country are now legally required to befitted the device that has successfully slashed crime rates by changing the bearer’s thought patterns. Cyber is changing the lives of the people and society, but not outside the United States. In Canada, Max Wilson is beginning a new life and finding himself joining the fight against Cyber’s expansion. Max is the first person to have his cyber surgically removed successfully. He is joined by Dr. Warren Alston, who removed his cyber and is now instructing other surgeons on the said process.

Furthermore, the team has also developed a device that would disable the cyber without surgery. The group plans to smuggle devices into the United States and once and for all bring an end to Kobayashi’s sinister plans. Meanwhile, the billionaire doctor has taken an active part in Canada’s politics, particularly in the upcoming elections. To put forward his interest in the country and stop Wilson, Alston, and all the rest, he sends in a ruthless enforcer called the Guardian Angel. The United States stopped the Cyber program after discovering shocking side effects on a little girl. This caused the Guardian Angel to resort to murder and attempted murder to protect the corporation’s interest. Dr. Alston and Max must work with the government to expose and oppose Kobayashi’s desperate moves to save himself and his plans.