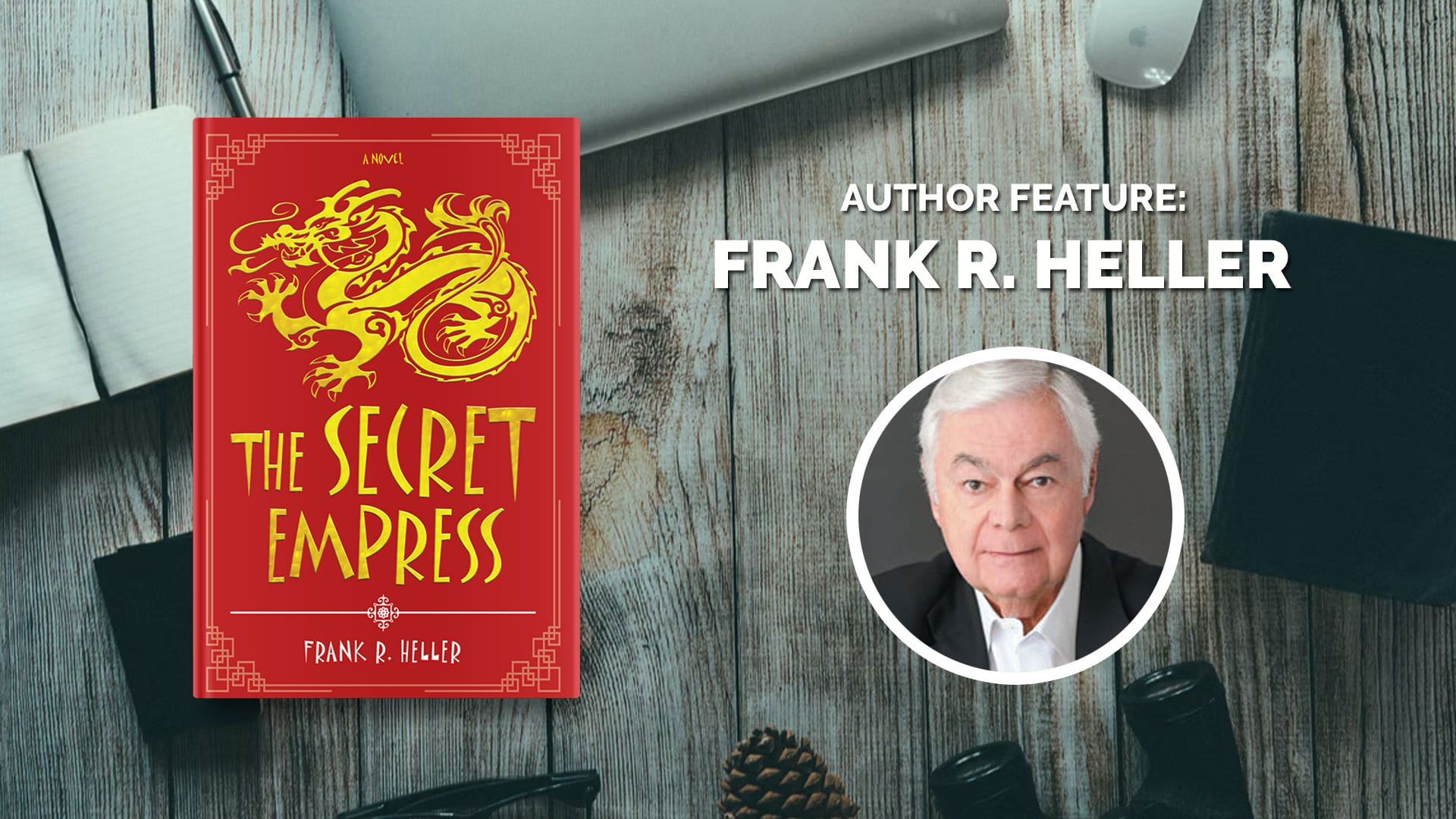 Frank R Heller is a Vietnam war veteran and the author of the action-thriller The Secret Empress.

The last few years saw a relative decline in action-thriller novels, at least in the mainstream and traditional publishing. Most of the recently published novels were either sci-fi or high fantasy works. However, a select few action-thrillers have been making waves, and surprisingly, most of them are new names. One of them is Frank R Heller, who wrote and published the novel The Secret Empress. Today, we will get to know more about the man behind the book.

Author Frank Heller is a hospital corpsman, a biographer, a researcher, and an entrepreneur.

Frank Heller is a war veteran. He served in the United States Navy as a hospital corpsman during the early years of the Vietnam War. He then worked as a biographer and a researcher. Frank Heller has published biographical and exhibition catalogs on American and European artists. Some of these catalogs are housed in the Smithsonian Institution Libraries in Washington, D.C.Frank also witnessed the first demonstrations in Tiananmen Square. In his many years of existence, Frank Heller has had many encounters and experiences from his travels. Many years ago, he came to work for his father-in-law, who is in the import business, manufacturing, builders, and cabinet hardware. The work exposed Frank to China’s trade and economic system. He would learn more about the country’s history, culture, and people.

Years later, Frank Heller would draw on his thirty years of experience of working and traveling in and out of China to write his debut novel, The Secret Empress.

Frank Heller is happily married with kids and four lovely granddaughters. He now lives in Beverly Hills and is currently working on two new novels simultaneously; one is a sequel to The Secret Empress.

Heller’s The Secret Empress is an action-thriller based on his work, travels, and observations in China.

In 2019, Frank Heller released his debut novel, The Secret Empress. The action-thriller is set in China and centers on a former CIA field agent named Joe Wilder. After a bad experience in Paris, Wilder quit his old job. He started a bodybuilding business that grew into a billion-dollar fitness conglomerate.

When Joe receives word that the Chinese government plans to excessively raise the price on his contracts in Guangdong, Joe immediately travels there to meet with Wen Shu Xian, the local deputy minister of trade, to plead his case. Unknown to him, this meeting would change his life forever. Joe later discovers that the contracts were only a means for him to meet the minister who goes by the name “Wendy” and is actually the Empress of China. Wendy revealed to Joe that she has a 12-year old son, Chao Li. The existence of the young boy is kept secret as he is the heir to the throne. Wendy wants Chao Li (Charley) to live a normal life and asks Joe to smuggle his son into the United States. However, moments after their meeting, Wendy is found dead, and Joe and the boy found themselves being hunted by a German Assassin and members of China’s criminal organizations.

The Secret Empress takes us to the unique history and political landscape of China. From ancient monarchy to modern criminal organizations and China’s underworld, The Secret Empress is a high-octane adventure. The story also features many locations in China as Joe and Charley desperately try to evade everyone chasing them. Frank Heller’s vast knowledge about the country’s history, trade, culture, and politics are very impressive. It has proven very useful in coming up with a narrative that is not only entertaining and exciting but also educational.

You can buy a copy of Frank Heller’s book, The Secret Empress, via Amazon and Barnes & Nobles. You can also check his website for more details and information.